So, here's how Critical Mass dumped me into one of my custom missions... "Hyper! Hyper!" - the idea being that you've been asleep at the wheel of your interstellar craft while shepherding some water tankers and suchlike and suddenly, loads of Merikon scum have hypered in and taken your fleet completely by surprise... I sure was surprised when I found myself in a love-clinch with these three big fellas... 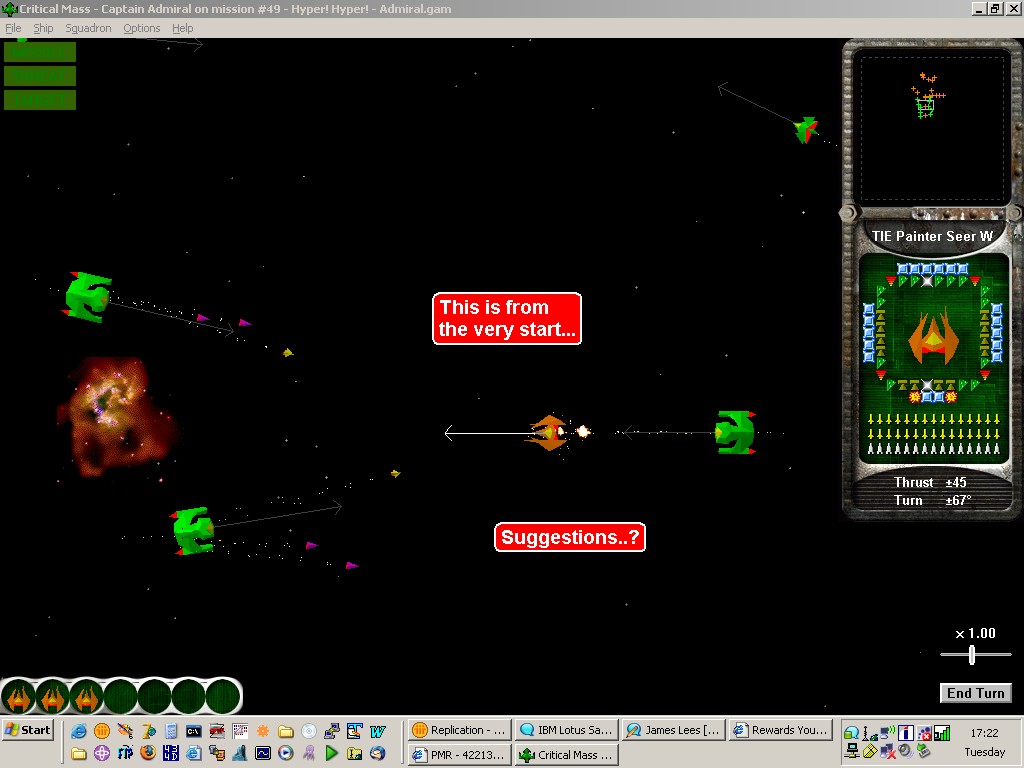 I did a sharp left while firing 4 Daycorns, then ended up with some more Daycorns in my rear... before getting a bit scared, pressing CTRL-H, circling and firing at whatever I could get a shot at before hot chocolate at bedtime.
Cheers, DpM
http://www.hmusiccentre.org.uk

I'd probably try to shoot in between the 2 in front, so the Daycorns from behind hit them, and hopefully they might also crash. I don't think there's a way to beat these guys with only Daycorns and Drachans, though.

More than that, your taskbar has tons of icons on it...lol
My webcomic:

Fuzzy
-- NEITHER FOR NOR AGAINST (quite the reverse!) --
LIFE'S A TRAP. WE WON'T GET OUT OF IT ALIVE!
Top

He's my dog-fighter... and I'm building him to a budget - normally I have 10 Plectrons as suggested. I've always been a big Daycorn fan though, yet I am starting to experiment with others... hence all my Whities as well. I went with Blueies for a while, but didn't like them. Orangies = no too. Light-Blueies, sure - in the right circumstances.
Cheers, DpM
http://www.hmusiccentre.org.uk

For my dogfighters I usually just take no more than 20 Daycorns, usually less (like 10 or 15). Since Plectrons are so damn powerful they end most fights quickly (or at least more quickly). Also, they're cost effective; assuming you hit with most of them, the firepower-to-cost ratio is satisfyingly....er, would it be low or high? Low?
My webcomic:

Often, at the beginning of Major Engagement or Attack Enemy Planet missions, where I'm at the head of my big fleet wedge, I will fire off 5, sometimes 10, Plectrons into the darkness, in the middle of a very minor shift (or two) in trajectory, so I get a wave of purple death spreading out in front of me...

Sometimes there is nothing... but there's more often something than nothing. It's not skill, it's luck... it's being prodigal with ordnance, but - so what? It's not like I personally get charged for it or anything.
Cheers, DpM
http://www.hmusiccentre.org.uk

Another fine starting position you've got me into... 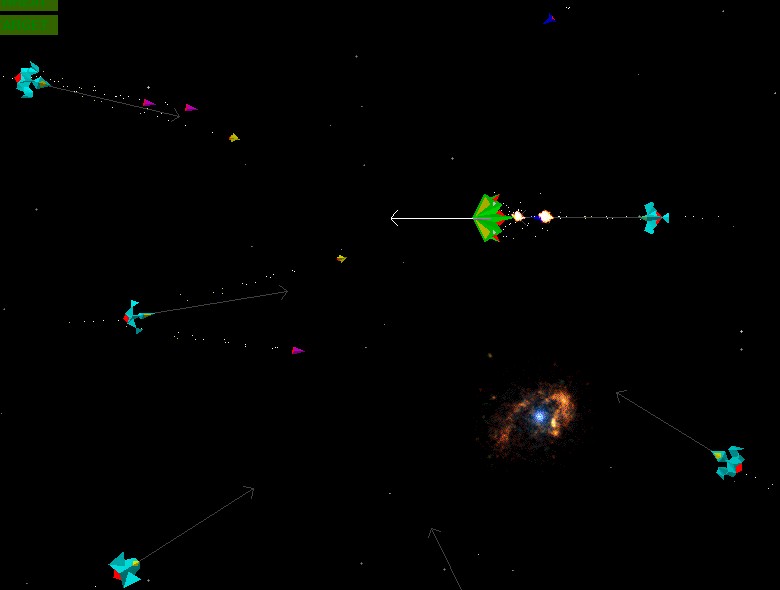 Solution, sharp left again, hit the Frigate on the nose a couple of times and take out the Ultra Drone completely. Sometimes I think they don't like me.
Cheers, DpM
http://www.hmusiccentre.org.uk